“After I die, don’t think about getting revenge. Sang-pil… promise me you’ll be a good lawyer. Also, find happiness.” ~ Uncle Choi Dae-woong

Oh, no. It hurts to see Uncle Dae-woong (Ahn Nae-sang) die in a very cruel way. Though we only get to see him once in a while on screen, I still grew fond of him especially whenever I think of how much he cared for Bong Sang-pil (Lee Joon-gi). Uncle Dae-woong took in the young Sang-pil 18 years ago without second thoughts despite the fact that he and the latter’s mother haven’t spoken for a long time. He served as Sang-pil’s only family who molded him to what he is now that’s why I knew how painful his death is to our hero. I also don’t think that Sang-pil will take heed of his uncle’s dying request not to seek revenge after his death. This whole scenario will only fuel Sang-pil’s desire to take Pres. Ahn Oh-joo (Choi Min-soo) and Judge Cha Moon-sook (Lee Hye-young) down, but I do hope that his anger won’t blind him and force him to put justice into his hands. 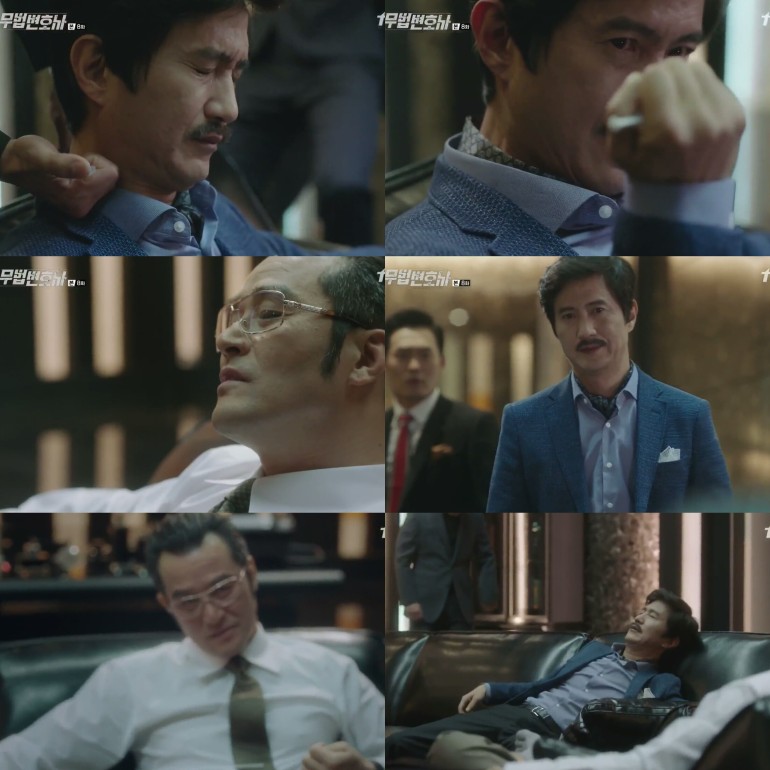 But how come Uncle Dae-woong wasn’t able to put up a good fight for his life? It feels that he, like Detective Woo Hyung-man (Lee Dae-yeon), walked into his predator’s cage unprepared. Plus, Uncle Dae-woong was the top thug in Seoul, which makes his tragic end more unbelievable. Another thing that’s so weird is Sang-pil’s abrupt arrest right after his uncle’s death. I’m not a law expert that’s why I don’t know if it’s okay for police to handcuff and accuse someone of murder just because he’s the only person at the crime scene. But what I’m sure of is that it’s all part of Pres. Ahn’s plan to silence Sang-pil. Pres. Ahn needs to stop Sang-pil from doing him further harm because he knows that the latter won’t stop even if his initial plan to get to him through the banker failed.

I just hope that Sang-pil gets released ASAP, and that he tells Ha Jae-yi (Seo Ye-ji) everything because keeping something from her might just put her or even the two of them in greater danger. Jae-yi is a smart and strong woman so I believe that she will be able to handle well whatever it is that he is hiding.

It looks like Jae-yi’s omma will have to work on her own now following Uncle Dae-woong’s death. Her move to spy on Judge Cha by posing as a masseuse is so bold, but just like what she said to Uncle Dae-woong, there’s nothing that she can’t do to be with her husband and daughter again.

I’m starting to believe that Mrs. Noh Hyung-joo’s (Baek Joo-hee) haircut did a drastic change to her physical appearance because even Judge Cha didn’t recognize her. I wanna meet her hairstylist. LOL. Plus, I also think that Judge Cha is a massage addict! ROFL. 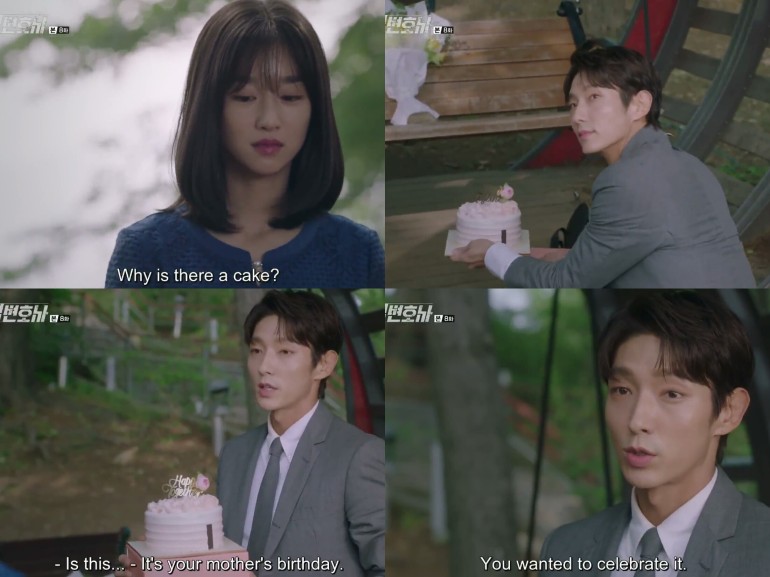 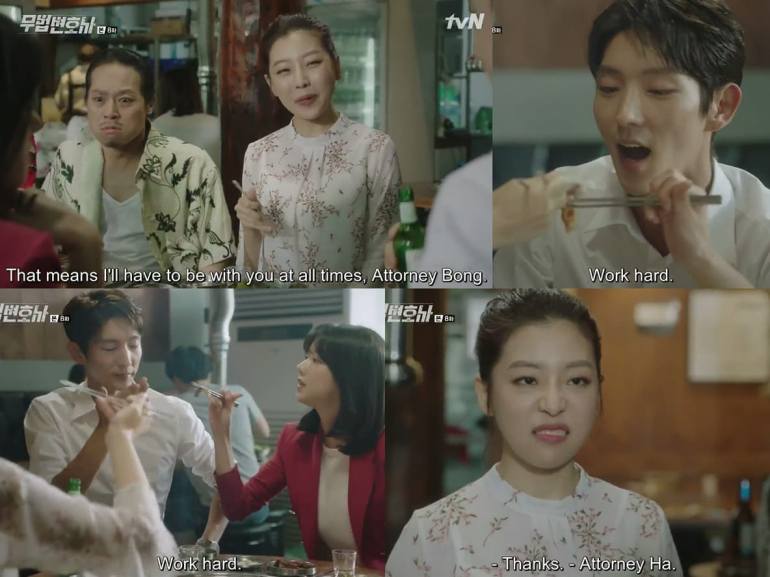 P.P.S. Geum Ja is officially my most favorite Lawless Lawyer firm minion! She’s so cute whenever she openly shows interest in Sang-pil, but I think she needs to look for a new prospect already! 😂😂😂